Goodbye to the gaffes

What lessons can we learn from 2017’s social slip-ups?

Last spring, we posted a social media gaffes blog with some handy tips on how to swerve them. Dinosaur has picked out a few more of our favourite clangers, along with some lessons we can take with us into 2018.

Last spring, we posted a social media gaffes blog with some handy tips on how to swerve them. Dinosaur has picked out a few more of our favourite clangers, along with some lessons we can take with us into 2018.

Pepsi hit the headlines with Kendall Jenner and turned their good name into a verb. Dove whipped up a racial storm with a three-second Facebook ad. Uber maintained their dodgy social record with a ‘Wife Appreciation Day’ tweet. And over in the world of politics, Donald Trump bamboozled us all with ‘covfefe’.

And the lessons? There were lots to be learned. So, let’s kick things off with a beauty that you might not have heard of.

Lesson 1: Double check the what, when and who

Ok, ok. So it’s not strictly a ‘brand’ gaffe, but celebrities’ reputations hang on credibility. And this faux pas did little to help a certain radio presenter’s profile.

We’ve all experienced one of those stomach-churning-kill-me-now moments when you realise you’ve sent a ‘sensitive’ message to the wrong person.

Well imagine being a celebrity and sending a Snap, meant for your lover, to your entire fan base…. complete with a screen grab of your ‘no limit’ credit card. Uh oh. 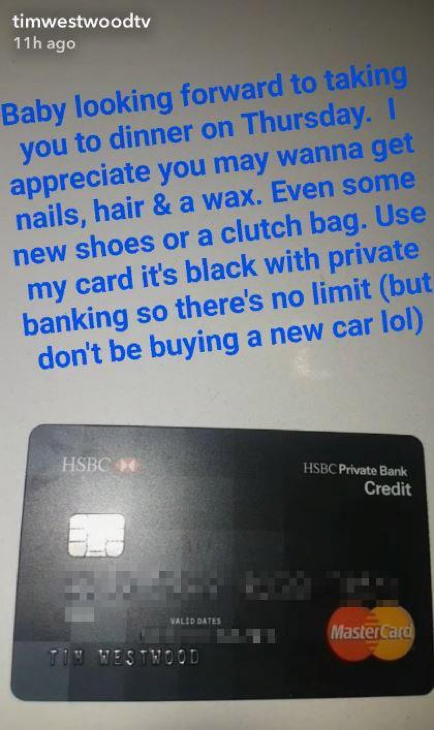 After 186 screen grabs, 59-year-old Tim found himself stranded in Bermuda with no credit cards, and more than a little egg on his face. Perhaps that’s the least he deserves for suggesting his lady friend treat herself to a wax before their date.

Lesson learnt: Mistakes happen. So if you do slip-up, remember it’s far more beneficial from a brand perspective to find a creative, honest way to hold your hands up. What you are posting on social media can come back to haunt you, content needs to be carefully considered, on brand and not run the risk of leaking sensitive information.

Dorothy Perkins’ “Love DP” campaign was a simple idea. By adding a hashtag to their pictures of outfits bought in the shop, fans could share their love of the fashion brand. The campaign hashtag ‘#Love DP’ made its way onto billboards, shop posters, internal signage… the works. They even ran an Instagram campaign with models and Instagrammers all professing they #LoveDP. 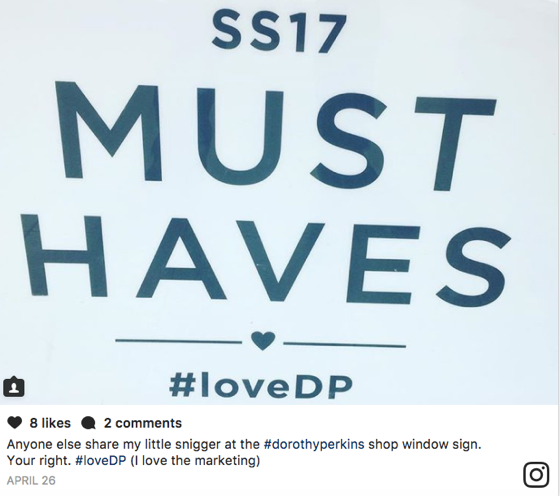 It didn’t take the internet long to cotton on, and very soon the brand found itself the subject of a social media frenzy and many a smutty snigger. And Dorothy Perkins’ reaction? One well-picked gif of Judy Garland in the Wizard of Oz with the caption: “We’re not in Kansas anymore, Toto”. Brilliant. A pitch-perfect reaction that left us all wondering whether it was an exclamation of surprise or mischief?

We’d love to think old Dotty P knew exactly what she was doing.

If you read our last social media gaffes piece, you’ll know Dorothy Perkins has got previous. However, the brand’s recovery from this particular mishap does show they have learnt a few valuable lessons.

Lesson learnt: Wherever possible, react to mistakes with honesty, humour and warmth, and you might even gain a few more fans.

Lesson 3: Give them what they want

McDonald’s has featured quite heavily in gaffes this year, which is perhaps not that surprising from a brand that’s struggling to remain relevant. With this opportunistic social campaign, they took a punt on supply and demand and just about got away with it.

It all starts with the Rick and Morty animated science fiction show. It’s dark, weird and very funny. And its fanbase in the U.S. can’t get enough.

In one episode, a villainous Rick from another dimension reveals that the sole point of his existence was to get his hands on some McDonald’s Szechuan McNugget sauce. The discontinued sauce featured in a limited-edition promo for Disney’s Mulan back in 1998.

According to the writers, it was just a throwaway line. But not according to the fans. They lost their shit. Social media blew up. Within hours there was an online petition to reinstate the sauce.

In response, McDonald’s launched a new product promo featuring a limited edition Szechuan sauce pot and a poster with a distinctly ‘Rick and Morty’ look and feel. It’s worth noting the fast food chain had no official tie-in with the show. McDonald’s then battered the ‘super super limited’ promo announcements across their social media channels to stir up interest.

They were expecting to create a buzz, that much is clear. But did they mean to incite riots? Probably not.

Limited stock resulted in chaos. Things got out of control. And what could be scarier than an angry mob of millennial cartoon geeks ranting about sold-out dipping sauce?

Then came the social media backlash. Disappointed fans took to Twitter to air their grievances. People threatened to sue. Others turned their back on the brand FOREVER. Pandemonium. 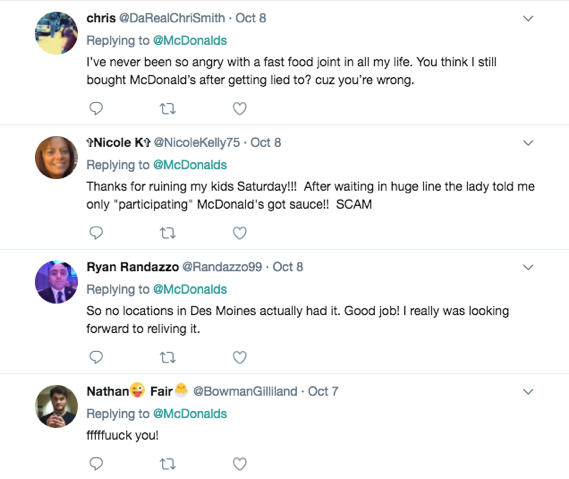 McDonald’s has promised to bring back the sauce in all restaurants. So Rick and Morty fans get what they want, and McDonald’s has guaranteed footfall from a demographic whose love for the fast food chain was on the wane. Everyone’s happy.

Lesson learnt: If you make a promise that drums up a lot of noise, make sure you can deliver. Creating a sense of urgency or exclusivity is a well-established marketing tactic, but over or underestimating demand can damage you.

So, it’s worth remembering that for every McDonald’s there’s an Evian. For every #LoveDP there’s a Netflix. And every time someone “does a Pepsi”, there’s a lesson to be learned. And that’s what leads to better, stronger, more effective social campaigns.

To see our work in the FMCG, food, retail, health and wellness sectors, click here for case studies on how we’ve helped The Co-op, Atkins, Midcounties Co-op, Wagamama and many more.

Newsletter:
Get great articles like this in your inbox
Related News
#FakeTrends for 2018
Three social media gaffes (and how to avoid them)
Related Work
The Gym Group
Metrolink
%%ARTICLECAT%%    %%ARTICLEDATE%%